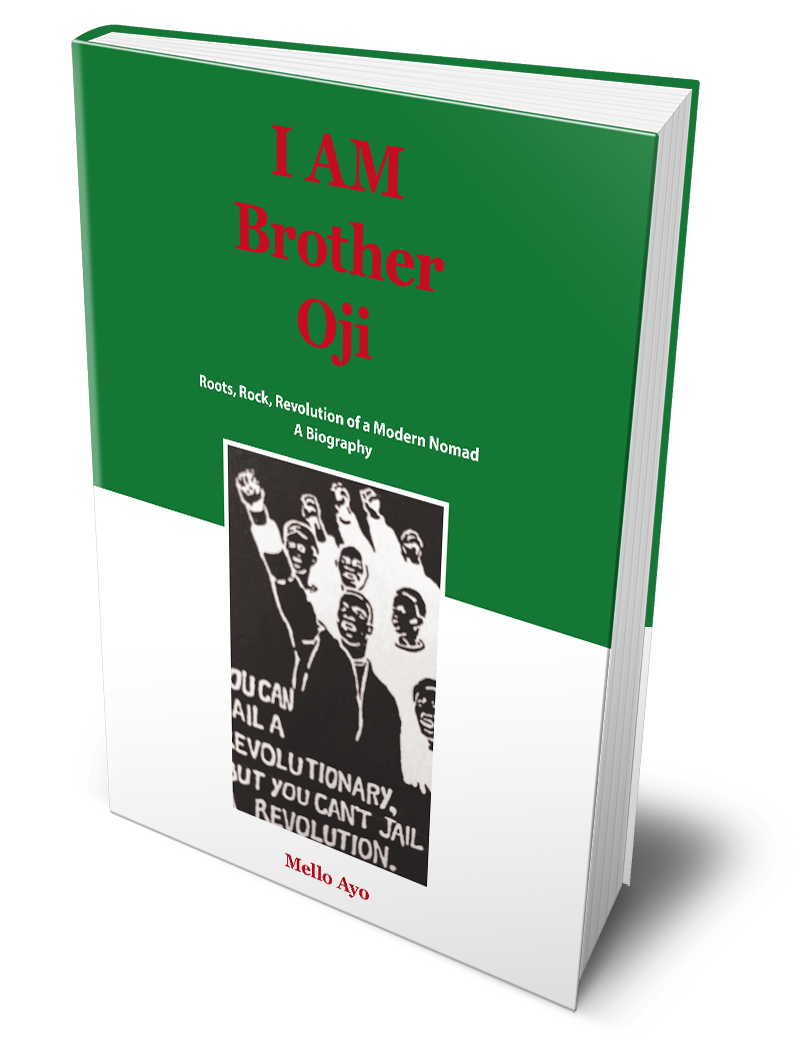 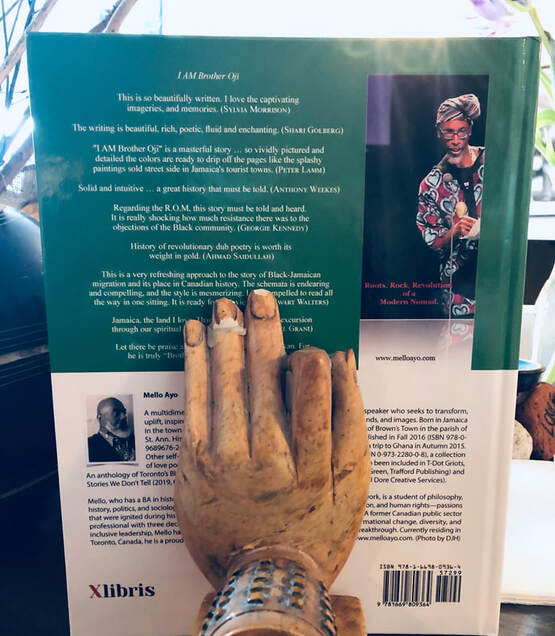 Watch I AM Brother Oji Preview
Watch I AM Brother Oji _ Roots, Rock, Revolution of a Modern Nomad: An Excerpt
“In November 1989, the Royal Ontario Museum (ROM) staged a controversial exhibit called “Into The Heart of Africa.” It led to a protest, which became a life-changing experience for many involved. It proved to be a turning point in Ontario’s race relations and a landmark lesson for museums worldwide. Thirty-one years later, Mello Ayo has written an authorized biography of Adisa S. Oji, the only protagonist to be imprisoned for his actions. Adisa Oji's  personal story sheds light of the current public and global discourse on race and racism, and the long-lasting tragic effects of colonialism and slavery while offering illumination on how to break cycles of oppression and exploitation.

“I AM Brother Oji” is a biographical chronicle of the life of a man who faced controversial issues related to identity, belonging and selfhood with extraordinary courage and self-determination. Adisa Oji, a young Canadian of African Caribbean descent, was the only one among the ROM demonstrators to be arrested, criminally convicted, then imprisoned. Despite this, he used his voice and creativity to transform his life and the lives of others. In this biography he publicly breaks his silence. He remains adamant that the efforts to decolonize museums and other institutions have fallen way short.

Today, the world continues to cry for a greater understanding of diversity, inclusion, equity and justice. It is here that this biography will make its greatest contribution and have its most profound impact. “I AM Brother Oji” adds to the dearth of Canadian literature focusing on living Canadian heroes and leaders of African descent who are under 60 years old. While situated in Canada, the narrative unfolds in a wider Pan-African context and offers the reader a global view of the interconnected nature of ideas and experiences.

“I AM Brother Oji” aims to show readers how everyone can be a leader in anti-racism and transformational change and underscores that each of us has a responsibility to make the world a better place.

​"I AM Brother Oji" represents a masterpiece, an encyclopedic coffee-table book with chock-full of information and colour photos to inform and inspire young and old alike for generations to come.
​
“I AM Brother Oji” is available online and at progressive bookstores. Also available at Amazon, and Barnes and Noble.

Support PROGRESSIVE bookstores who support INDEPENDENT authors and have joined the KNOWLEDGE revolution by making “I AM Brother Oji” available to their loyal customers:

https://www.youtube.com/watch?v=IO_37WLqZE4&t=8s
Mello Ayo Speaks: - August 1st marks Emancipation Day, the day in 1834 when the Slavery Abolition Act of 1833 came into effect across the British Empire. British slave owners were given reparations of £20 million. Those who were enslaved and subsequently “set free,” along with their descendants, are still awaiting reparatory justice. August 1, 2022, almost 200 years later, Mello Ayo in a three-part series reflects on his new book, I AM Brother Oji, and speaks openly about why this monumental book and its main character are pivotal in shaping our understanding in the ongoing call for racial justice, and true liberation in the struggle against anti-Black racism and discrimination.
This site is a multimedia platform for creative alchemy fueled by the joy and passion of MADJ. Copyright © 2021 MoHip. All rights reserved.